The Most Expensive Whiskey Brands in the World 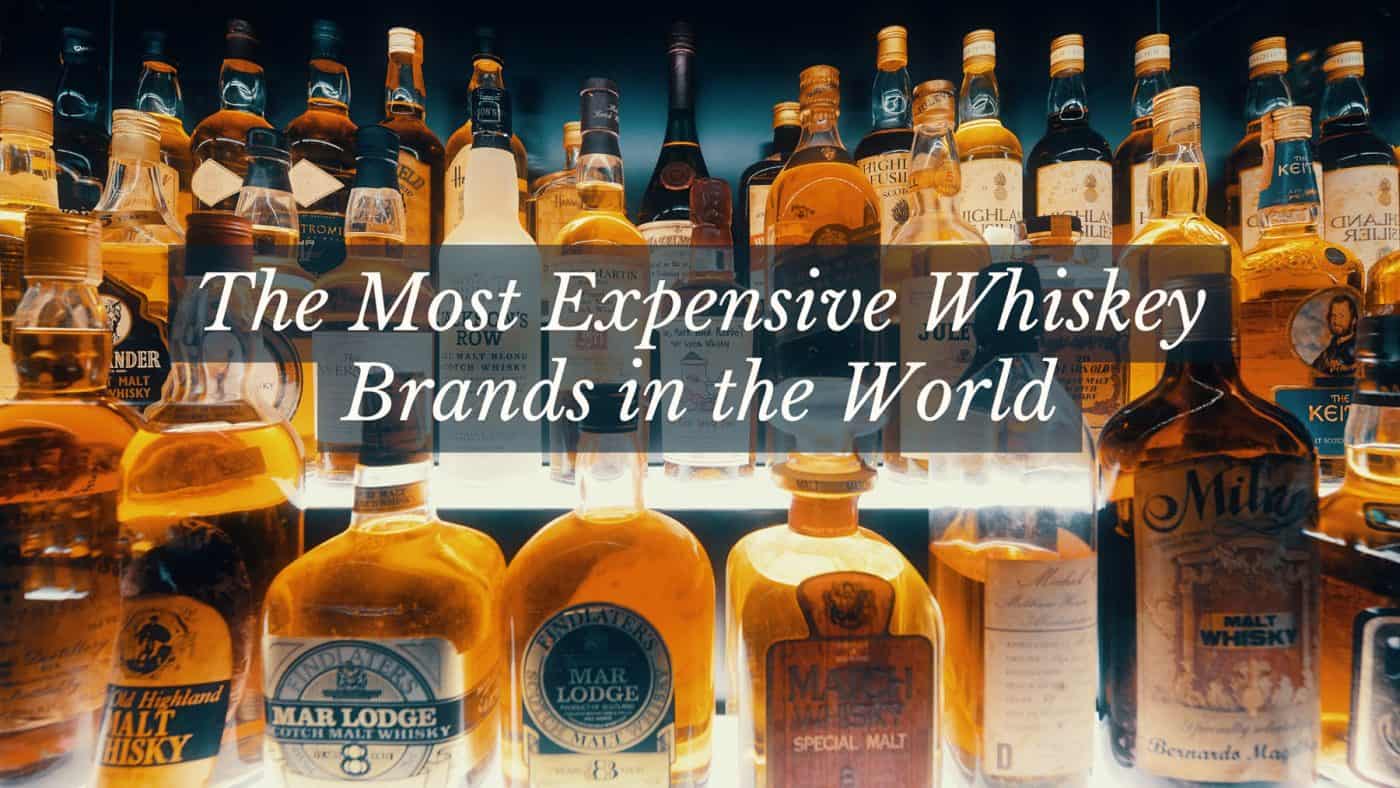 If you are a whiskey collector, best believe that the most expensive whiskey brands are vintage, rare editions, one-of-a-kind, or not for sale. A DC beer garden may even have a bottle you are intrigued about.

The finest and rarest whiskeys are often distilled and aged for decades or centuries. The older they are, the better and the more expensive.

Whether you are a whiskey lover, collector, or just curious, check out this list of the most expensive whiskey brands in the world . 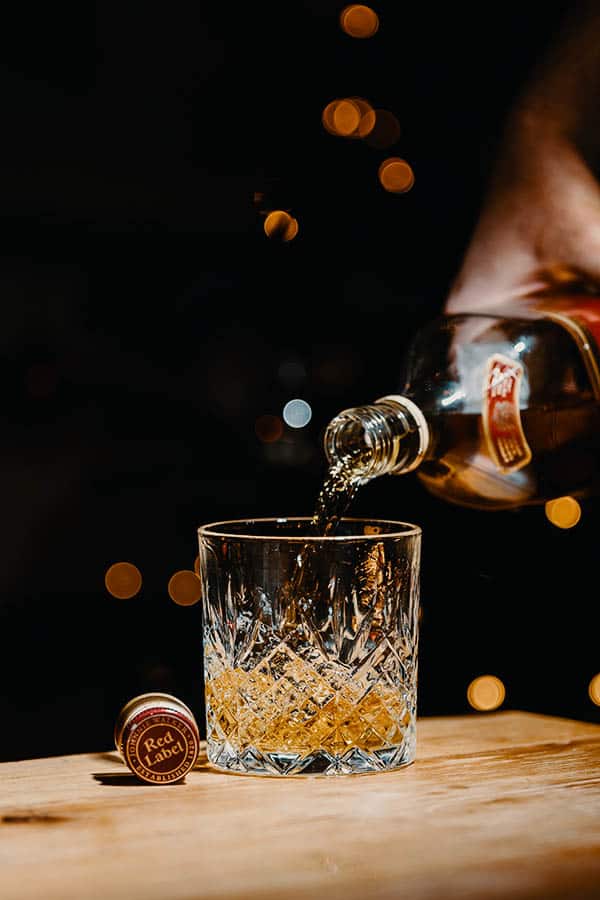 Isabella’s Islay is the highest-priced whiskey in the world.

The attraction of Isabella’s Islay is in the bejeweled decanter (bottle). The bottle has on its exterior 8500 diamonds, 300 rubies that spell its name, and a pure white gold stopper.

The entire decanter is crafted from English crystal, then covered in jewels and exquisite white gold. Collectors claim that if you put water in the bottle, it would cost millions of dollars.

Isabella’s Islay is luxury in a bottle. Aside from the jewel-encrusted decanter, it is one of the finest blends of whiskey to grace the tongue. It is the true embodiment of luxury scotch whiskey.

If the whiskey were in another bottle, it would be just as expensive!

The full collection sold for $2 million at a charity auction.

This collection is a limited edition collaboration deal. It is a handcrafted Irish whiskey collection that oozes luxury and sophistication.

Macallans Fine & Rare vintage whiskey collection is one of the oldest and finest scotch whiskies. The Macallan 1926 was the first release from the distillery in this vintage collection.

It was distilled over 90 years ago and was stored in European Oak to age for 60 years afterward.

This 60-year-old whiskey is one of the finest vintage whiskeys to exist.

The Macallan Fine and Rare whisky set groundbreaking records for itself. It broke the Guinness record for the most expensive whiskey brand in 1987 when a bottle sold in England for £5,000.

The Full Card Series is a rare collection of 54 bottles of malt scotch whisky from the Hanyu Ichiro distillery. Each bottle in the series represents a card in a full deck (plus two jokers).

Akuto Isouji originally founded the distillery in 1941. The distillery closed in 2000, but Atuko’s grandson was able to preserve 400 barrels of premium whiskey.

He (the grandson) chose which whisky would represent each card and then bottled and sold them between 2005 and 2014.

In November 2020, the entire Hanyu Ichiro Full Card Series of 54 bottles sold at an auction for $1.52 million in Hong Kong. This auction sale beat the record of their Full Card Series, which sold for $917,000 in July of the same year.

The Macallan M whisky is rare, valuable, and expensive. This vintage whiskey has older bottles up to 75 years old and newer ones at 22 to 25 years old.

The Lalique decanter that houses Macallan M whiskey is carved from handmade crystals by a group of 17 skilled craftsmen. It took them more than 50 fifty hours to complete the bottles.

However, they produced only four Constantine decanters. Due to this, the 6-liter Macallan M whiskeys are hard to come by and get more expensive with time.

It last sold at a Sotheby auction for $628,205 in Hong Kong. Macallan named the Lalique decanter after the Roman Emperor Constantine.

The Macallan in Lalique Cire Perdue is one of the oldest and rarest malt scotch whisky ever bottled by Macallan. It is a 64-year-old malt scotch whiskey housed in a unique Lalique crystal decanter.

The crystal decanter was created by the popular French designer Lalique with a special cire perdue or lost wax technique. The bottle contains 1.5 liters of rare Macallan whiskey.

The Macallan 64-year-old in Lalique, Cire Perdue, sold for $460,000 at an auction. This proceeds from the sale went to a charity organization that provides clean drinking water for developing countries.

Worldpackers Vs. Workaway: Which is Better

The Yamazaki whiskey is the rarest and most singular representation of the Japanese spirits in the world.

This whisky was distilled from unblended Suntory single malt whiskies and is the product of over fifty years of barrel aging. Only 150 bottles of this 50-year-old whisky were released.

In August 2018, a bottle sold for HK$2.7m, equivalent to US$343,000, at an auction. Both sales broke the auction record for single bottles of Japanese whiskeys.

The Dalmore 62 has whiskeys aged close to a hundred and twenty years. Its whiskeys date as far back as the 19th century. The distillers only created twelve bottles of the 62-year-old whiskey.

The design of the decanter is one of the reasons why it is expensive. The materials consist of a wooden frame, platinum, and crystals.

It took the craftsmen more than 100 hours to handcraft the wooden frame for the decanter.

The Finest Whiskey Brands in the World 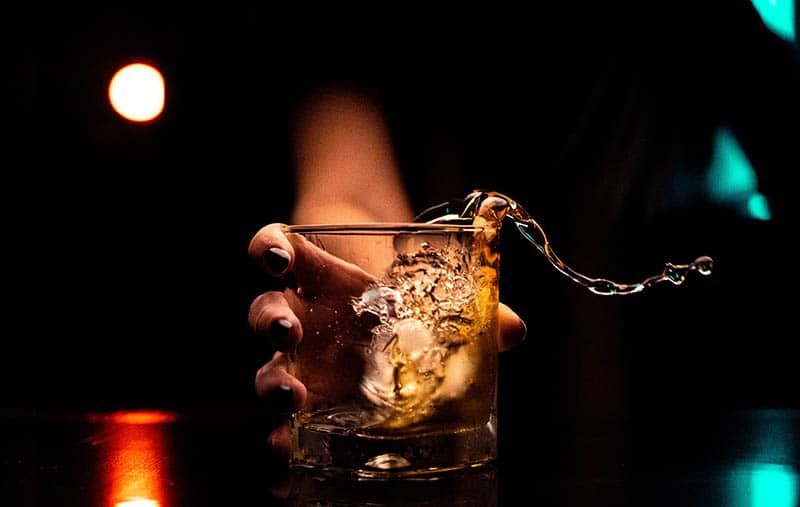 There you have it; these are some of the most expensive whiskey brands in the world!

You should know that this list is by no means exhaustive. There are so many other vintage and expensive whiskey brands you may be interested in, especially if you are a collector.

Visit outdoors bars in DC to try some of these whiskeys. From this article, it is obvious that the most expensive whiskey brands are certainly the oldest and finest brands in the world.