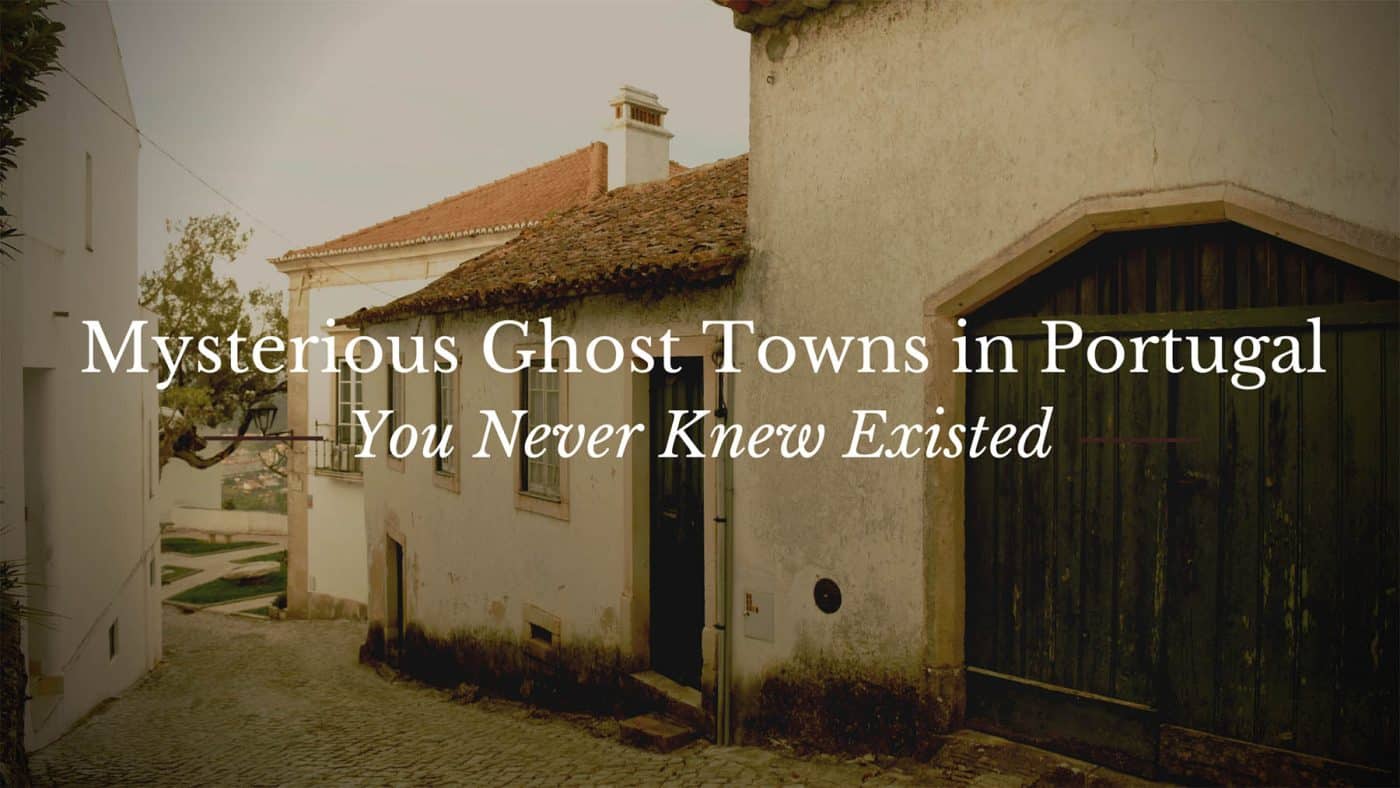 Your mind probably immediately goes to Lisbon, Porto, or Lagos when you think of Portugal. You know, the popular ones, the giants. However, there are many smaller, mysterious, well-hidden towns with their own intriguing history and background. Visiting them might turn out just as interesting as the big ones, if not more! Check out our list of said ghost towns in Portugal.

The first ghost town on our list has quite a sad history. It was built in the 13th century, on a high hill inside the walls of the Castle of Ourem. It is all tainted in a painful love story.

In the 1380s, Queen Leonor managed to convince her husband, King Ferdinando, to give the Ourem to her lover, Andeiro, and name him the Count. However, tragically, Andeiro was brutally murdered by rebel knights, and his castle was burned to the ground, leaving the whole town in ruins. Now they are available for touring! 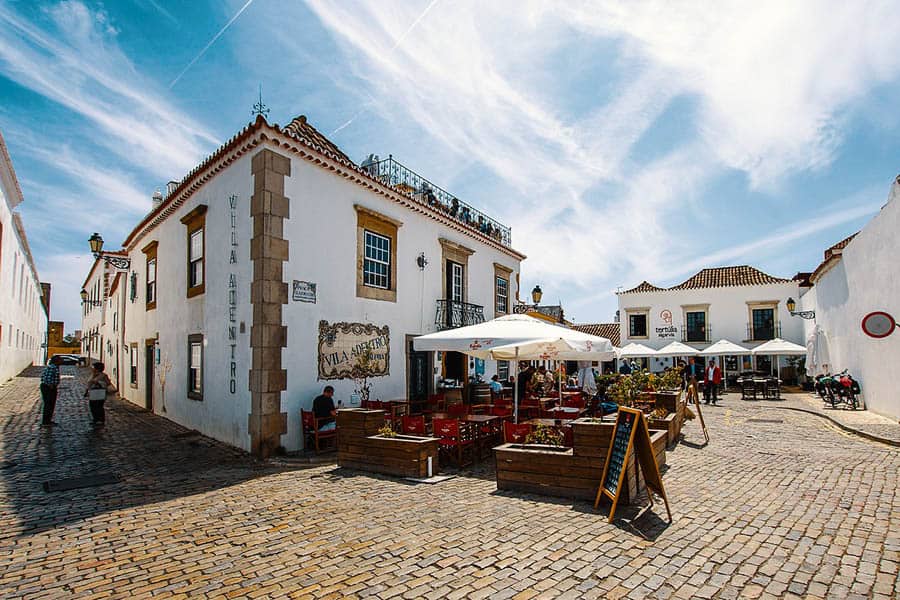 Located in the city of Faro, Rocha Amarela was still an active community not so long ago. It was inhabited by families and was just an average tiny Portuguese region. However, the youngest residents realized that life might be better if they moved to one of the bigger cities, so they have better opportunities and connections. And that is exactly what they did, leaving only their parents behind, who refused to leave their home and wanted to die where they were born.

Rocha Amarela was eventually considered abandoned when the last citizen died in 1980. You can now explore the vacant village in the mountains and see for yourself if you would have left or stayed? Afterward, you can travel back to the center of Faro to sightsee some more!

You can reach any other city from this region by hopping on a train, one, for example, being Faro to Porto Train.

Next up, probably the most mysterious ghost town in Portugal. The village is rich with history – originally dating back to Roman times, Vilarinho das Furnas is also said to have been inhabited by Visigoths, a nomadic German tribe that flourished during the late Roman Empire.

However, the way it was abandoned is even crazier. In 1972 a filled reservoir drowned most of the village down. The timing was strangely convenient, as the last resident left in 1971, almost makes you think that the drowning was planned, right? Getting there might be a bit challenging due to the watery surroundings, but the ruins and the history make the trip worth it.

Keep in mind that you can reach most of these regions by Portugal Trains.

Yet another abandoned village in Faro, Limeira, was once a remote community in the mountains. By the looks of it, people living there must have been hard workers, as the town was so far away from any other, and the mountains did nothing to help with communications. That means that the citizens probably had to hunt, forage and work the fields every day just so they could have food on the table.

Hidden Gems in the UK to Visit After the Coronavirus Lockdown

The whole area is extremely poor and rocky, so you might think that Limeira was not livable for an extended period of time, but the houses there look very old, and the last citizen left in 1950 only.

Despite being at such a remote location, citizens of Limeira maintained quite a social life. They used to gather together late at night for storytelling and even traveled to the closest towns for parties! 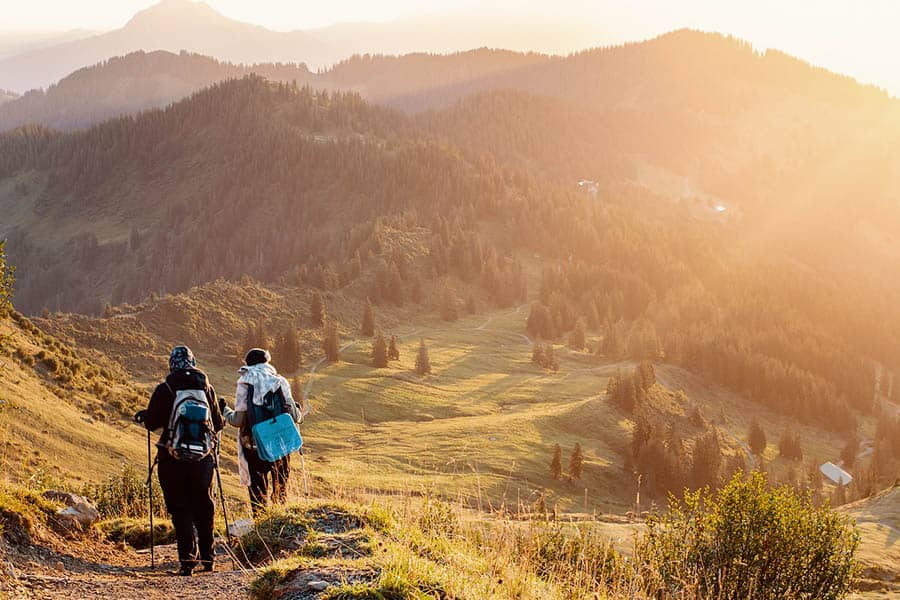 Agua de Tabuas is the only ghost town on our list that is thought to be abandoned for natural reasons. Even though the actual causes to vacate the town are unknown, it is said to be because of the fire. Just as most of the cities listed above, Agua de Tabuas is also located in the mountains of Algarve, Faro city.

What is very convenient for the tourists is that they get to have a double experience – many hiking routes lead up to the homes of the town, the ones left untouched by the fire. So you can enjoy the mountain views and fresh air, and later fill your thirst for mysterious things, such as ghost towns. Agua de Tabuas was last inhabited in 2012, so when you are there, see if you can find any traces of life there.

Whether it is your first time traveling or the hundredth, constantly seek new and unusual experiences. You might not get to meet new people with this schedule, but you will see all of these new vacant cities and unlived homes, get to know the mysterious ways they were abandoned. Time to hit your itinerary!