Why You Really Need to Put Your Phone on Airplane Mode 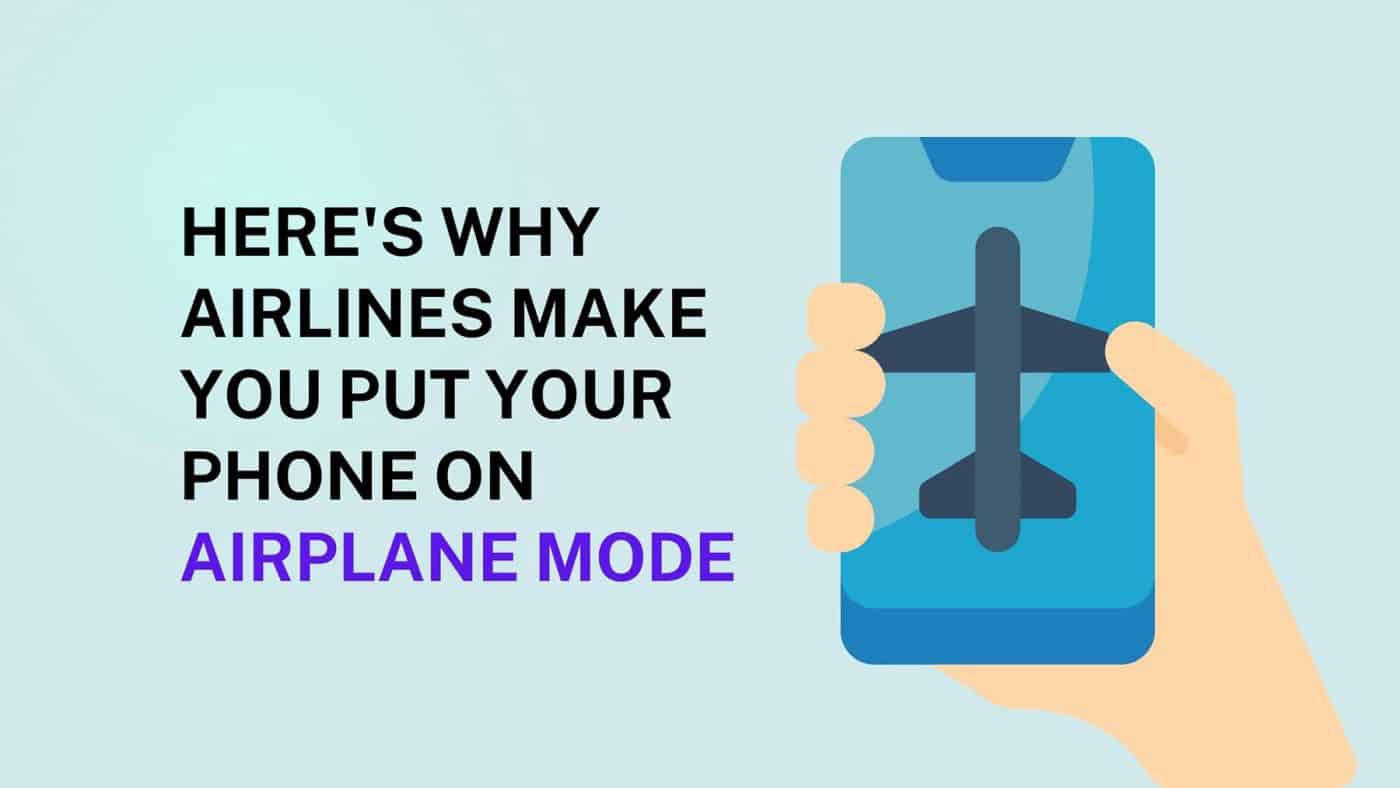 You know that feeling when you’re on an airplane, and the flight attendant tells you to switch your phone to Airplane Mode?

You might not think much about it, but there is actually a very good reason for this. Airplanes are made up of many sensitive systems which could be interfered with by cellphones. They use radio waves, microwaves, and electromagnetic radiation—all of which can disrupt technology in airplanes.

Airplanes rely heavily on electrical signals to control their instruments, navigate through storms or other adverse weather conditions, communicate with air traffic controllers, etc. This means that any interference from electronic devices can cause serious problems for pilots.

But, there are no documented cases that a wireless mobile phone signal has interfered with an airplane’s navigation performance.

As one pilot puts it: “Just because something has never happened doesn’t mean it won’t.”

So what is the real reason for mandating airplane mode on all flight passengers? Well, it is because of the Federal Communications Commission (FCC) and Federal Aviation Administration (FAA).

First of all, what is Airplane Mode? 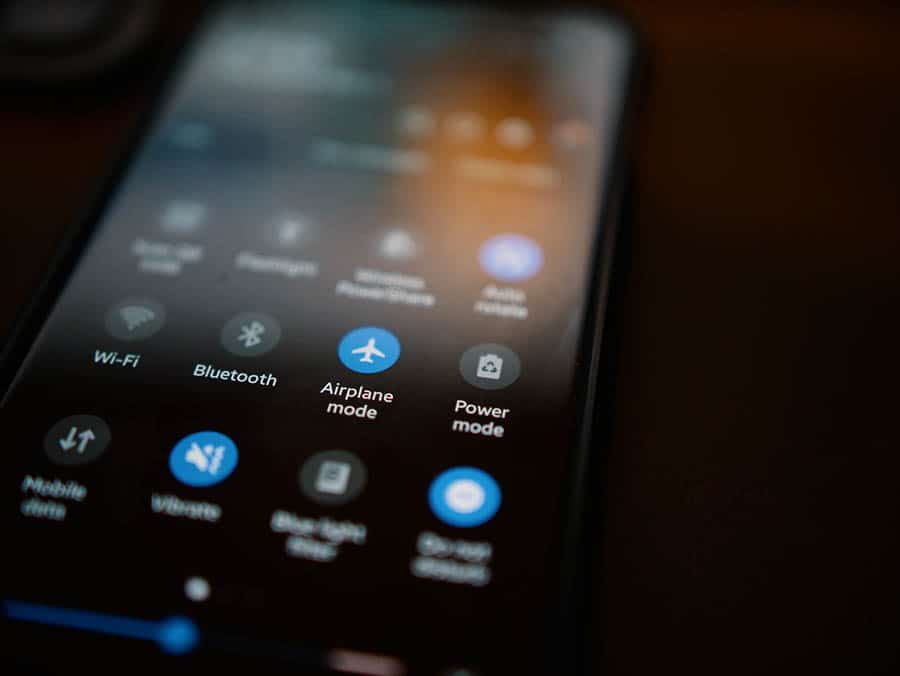 Airplane mode switches off the wireless connections on your device. As a result, you won’t be able to make phone calls, send texts, or browse Facebook or Instagram while you’re flying.

For those who do not want to turn off their phones completely, Airplane mode gives them the option to still use their phones offline, such as listening to music.

Airplane mode may also be turned on to get more of the battery life, for reasons of privacy, or simply to know that no notifications are coming in while you’re already distracted enough.

Airplane mode is typically located under the ‘settings’ menu– an icon with an airplane on it can usually be found near the top of phone screens.

It’s the FCC, not the FAA, that requires your cell phone to air travel on airplane mode.
pic.twitter.com/wvulqelzBI

To maintain cell phone service on the ground, the FCC has strict rules against using phones aboard planes. Active cell phones would still be receiving signals from many cell sites on the ground, even at 36,000 feet high. This might clog the networks on the ground and affect access.

And to address this issue, a select number of international airlines have cell phone receivers installed on the aircraft itself. Passengers on these flights may use their phones or text in the air. On many domestic flights, you can connect to Wi-Fi and surf the web as well. But still, many airlines prohibit passengers from utilizing in-flight Wi-Fi to make calls.

Many experts have questioned whether the FAA’s concerns about 5G interference is warranted. Read the article from @usatoday here: https://t.co/7hBZtU7SG6.

There is a growing concern among aircraft manufacturers, operators, and pilots about the potential dangers of 5G transmitters.

Enjoying Summer Vacation Without the Headache

The U.S. Federal Aviation Administration (FAA) issued an alert that 5G telecommunication interference could cause a malfunction in safety equipment. It’s also possible that this type of radioactivity will degrade the capabilities of these systems, especially flying at low altitudes.

So during the flight, the FAA recommends that passengers should turn off 5G-enabled electronic devices or switch them to airplane mode.

Despite CTIA’s claims that 5G networks can use C-band spectrum as the equipment of aviation is not adversely affected, it’s best to put your phone into airplane mode if you are kindly asked to do so.

What happens if you don’t switch to Airplane Mode?

Suppose you forget to turn off your cell phone or tablet’s wireless function by enabling Airplane mode. In that case, it will continue attempting to establish connections with each ground station the plane flies over.

In addition to interfering with airplane navigation, the constant scanning by your phone and tower hopping at high altitude will deplete the battery quickly due to maintaining the weak or non-existence signal connection. 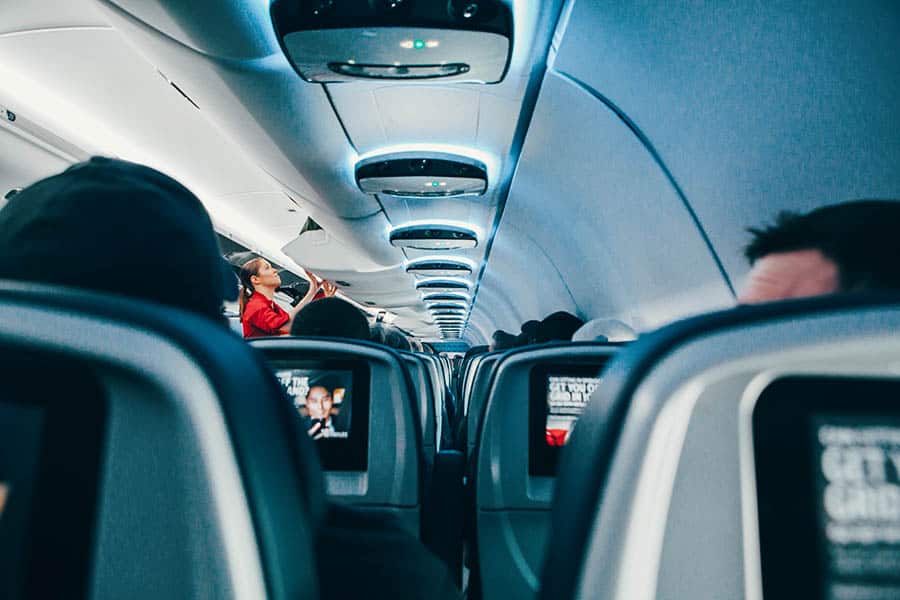 Do you know that aviation is actually safer than driving in your car or even just staying at home?

For starters, airplanes and their regulators put a copious amount of time, effort, and money into ensuring safety when operating flights! So before take-off, please make sure all devices are on Airplane Mode so they won’t interfere with any sensitive onboard electronics.