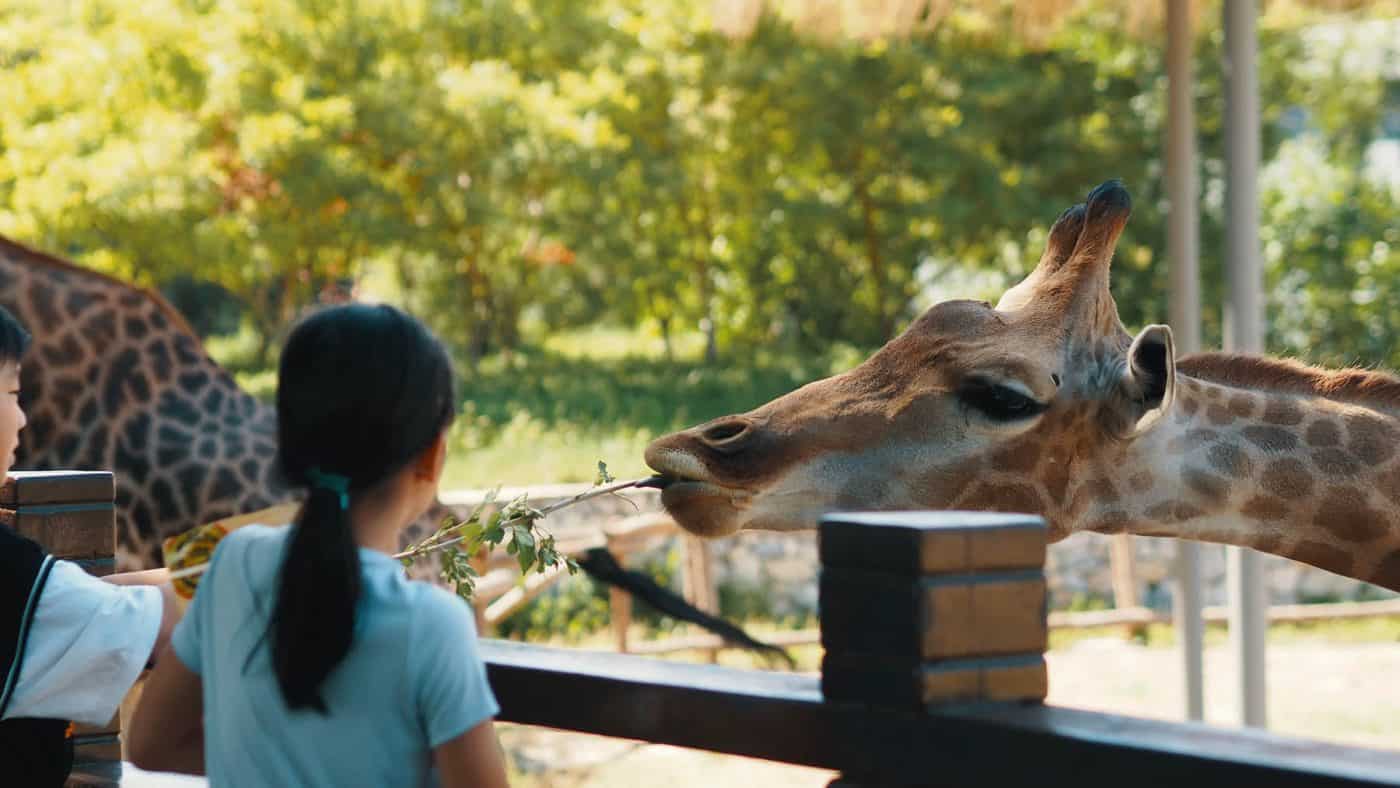 When you are looking for a family outing, the zoo is always an excellent choice. They have so many beautiful and rare animals to see and offer both entertainment and education. Best of all, there are zoos all over the country! This article will help you find the best zoos in America by highlighting 7 different ones that stand out from the rest. 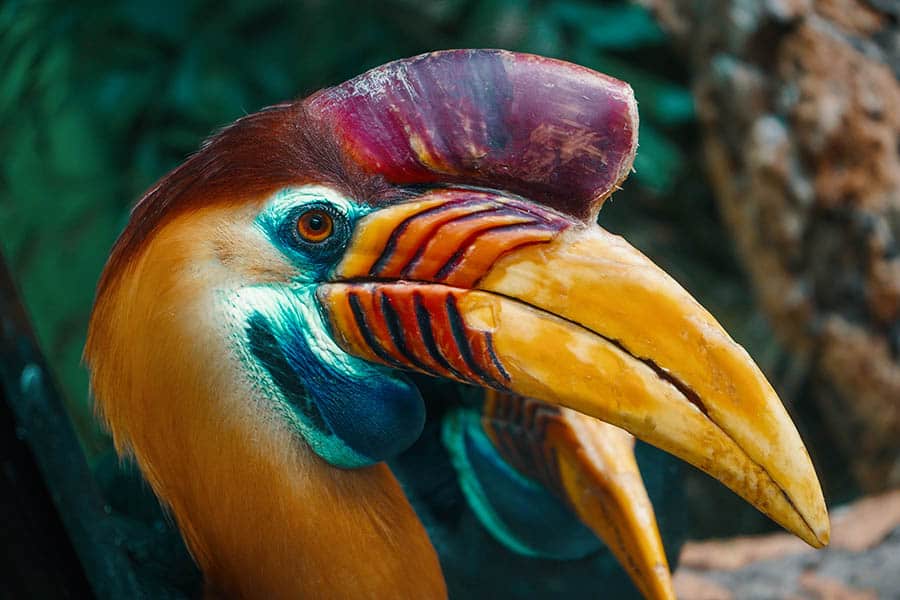 There are over 4,000 animals representing 600 species at the 265-acre Bronx Zoo in New York City, which is the largest city zoo in the country. The dense forest and wildlife sounds make it easy to forget that you’re still surrounded by a busy city filled with people hurrying about their day-to-day lives.

The spacious and natural habitats are far from the first 22 exhibits that housed 843 animals when it opened its doors in 1899. Today, managed by the Wildlife Conservation Society, there is no doubt about how much this place has grown to become one fantastic home for so many different types of creatures!

The most exciting exhibits at the zoo are Asia Monorail, Congo Gorilla Forest, Tiger Mountain, Jungle Time, Eat with peacocks, and African Plains. In addition to these great attractions, you can also watch daily sea lion and penguin feedings which will thrill kids of all ages! 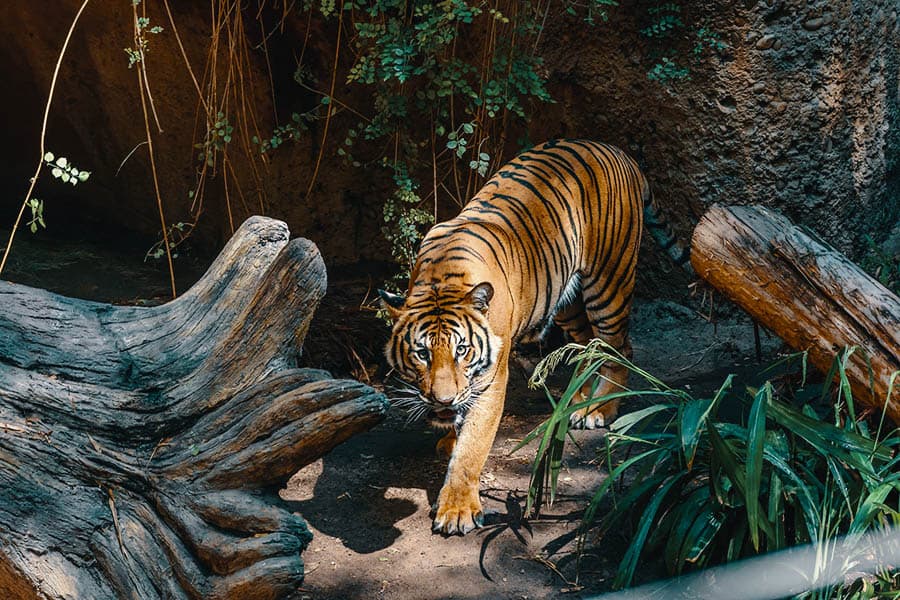 The San Diego Zoo is famously known throughout the world for its stunning collection of animals. Founded in 1916, it houses over 3,500 different species and 650 animal species ranging from platypuses to bonobo apes! Visitors can view these majestic creatures by looking at eight separate exhibits with their own habitats or geography, which support each unique inhabitant.

The most attractive part about the San Diego Zoo is that it is one of the oldest zoos in the country. The guided double-decker bus tour offers different educational aspects along with showing some of the more popular parts of the zoo. The Gorilla Forest, Northern frontier, and Skyfari Aerial Tram are some of the more popular aspects of the zoo. The koalas in Outback is another must-see in the zoo. 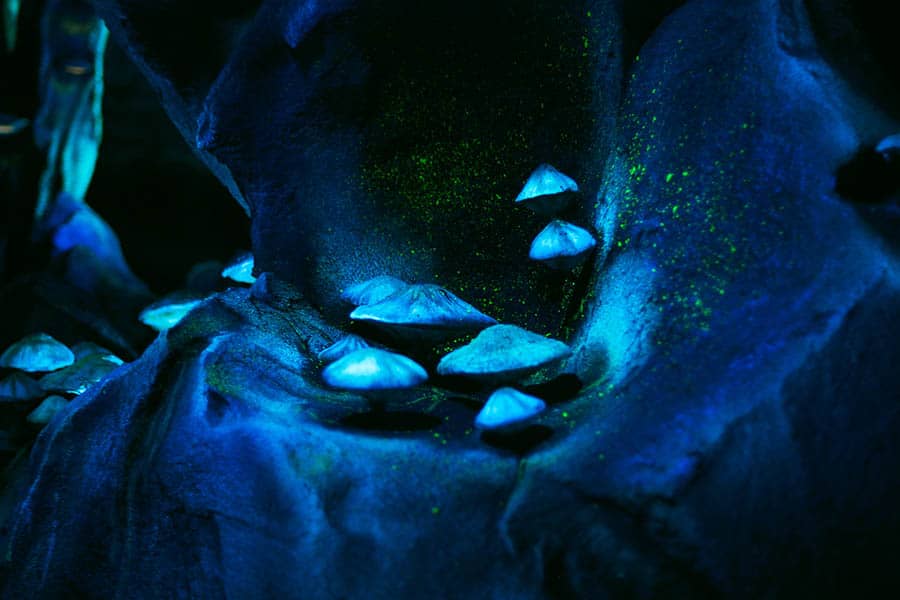 Disney World’s Animal Kingdom is a theme park where you can learn about the natural world through observation of animals as well as exhibits and interactive activities. The centerpiece of this park, which opened on April 22nd, 1998, is an iconic Tree Of Life that is 145-ft tall! This symbolizes how all living things are interconnected in our planet Earth; thus, it’s not surprising to find out that Disney World itself covers 580 acres – one could say it’s truly humongous:)

For best experiences, visit during sunrise hours when many animals love to be active. There are more than 1,700 creatures and over 65 exhibits to go around – a great animal adventure for the entire family.

For dinosaur lovers, Dinoland USA is one of the most popular parts of Animal Kingdom as it showcases all children’s favorite characters in their own attractions such as TriceraTop Spin and Primeval Whirl. 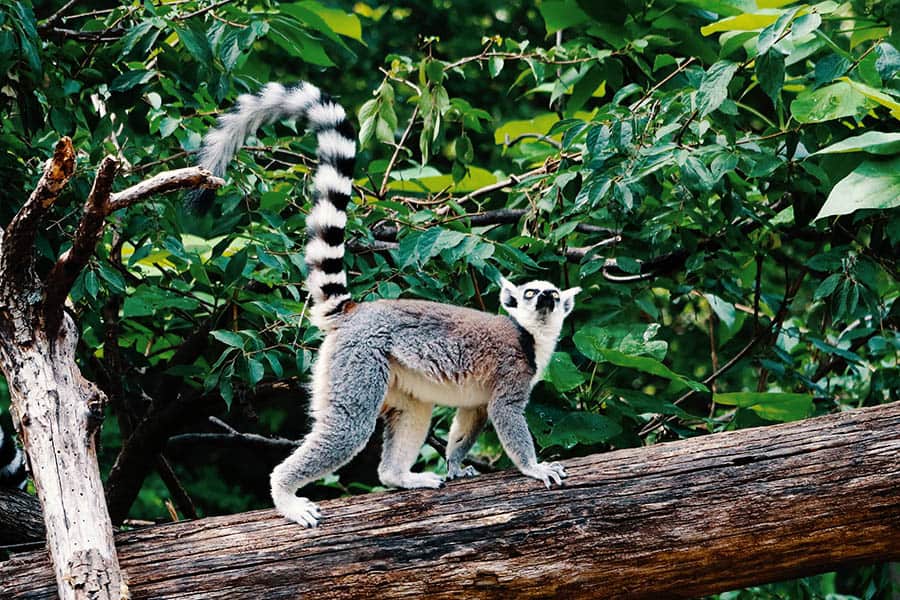 With its founding in 1875, the Cincinnati Zoo and Botanical Garden is the second-oldest zoo in the US. It began with 65.4 acres which have since been extended to 75 acres of land housing 1,896 animals from 500 species, including endangered ones like South African cheetahs and Sumatran rhinoceros as well as Malayan tigers, Masai giraffes, pottos, among others.

There are many exciting places to visit in the Cincinnati Zoo & Botanical Garden. For example, it’s the home of the world-famous hippo Fiona and houses giant gorillas in Gorilla World. The Lemur Lookout is also a great place for visitors; you can get up close with lemurs from Madagascar while feeding them too. Train rides allow guests to see parts of the zoo they may otherwise miss out on as well! 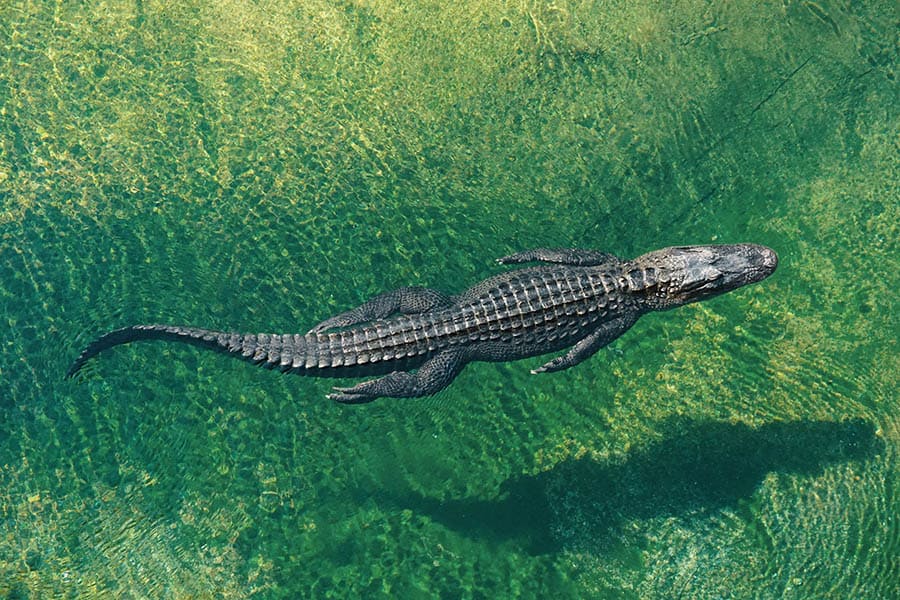 A trip to this zoo will transport you into a world of animals, where nothing is caged, and everything seems wild. You’ll be able to see more than 3000 animals (500 different species) in this natural habitat that separates people from creatures with moats instead of cages.

There are a few things that stand out. First of all, it is super clean and well-maintained. Second of all, employees have great relationships with their animals as they know them very personally. Thirdly (and most importantly), each animal has more than enough space for roaming around freely in which allows us to get up close and personal without feeling restricted.

Zoo Miami is a fun place for kids to splash around in the water at the splash pad or play on swings at their playground. Families can also rent bikes that fit five people and take a tour throughout the zoo exhibits like Lion Country Safari, which houses lions, zebras, black rhinos, giraffes, and more.

Otters and crocodiles are another attraction at Zoo Miami. Visitors can view them from a slide that takes riders through an otter habitat on their way to crawling into a tunnel with plexiglass walls so they can see inside croc dens where these reptiles hang out in water surrounded by plants, logs or rocks! 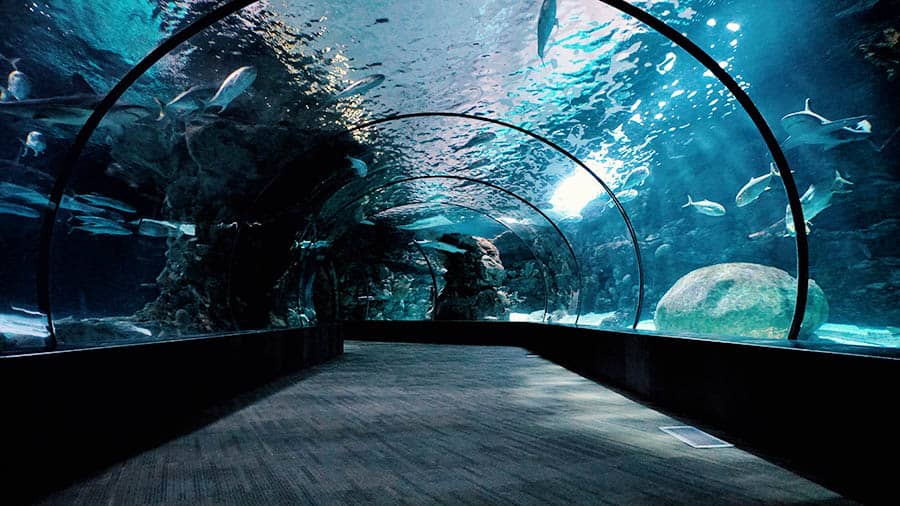 At Omaha’s Henry Doorly Zoo in Nebraska, you can see elephants and tigers, while a nearby aquarium provides close-up viewing of sharks and dazzling display of jellyfishes. Over 900 different species live on this zoo’s 130 acres which started out as Riverview Park back in 1894. It has been making a name for itself with wildlife conservation and research over its many years of operation; it is considered one of the leaders among zoos worldwide!

If you’re looking for a fun and educational day with the family, then don’t let Omaha’s Henry Doorly Zoo pass by. The zoo features an amazing collection of animals from peccaries in the Desert Dome to cute Rockhopper penguins to sharks swimming in 70-foot tunnels and everything else in between.

And if that wasn’t enough, check out their world-class IMAX Theater which plays documentaries every hour. Your kids will also enjoy seeing daily presentations held by zookeepers who highlight some of their more popular animal residents. 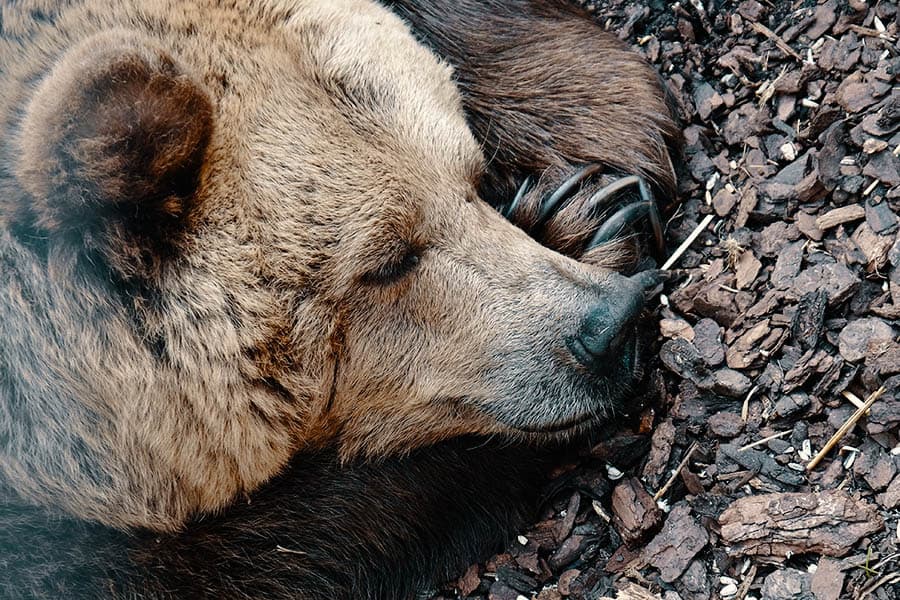 There’s nothing like the unique experience of Bear Country USA wildlife park. This wildlife park in Rapid City, South Dakota is unique because it offers the convenience of a drive-through experience. You can see wolves and bears up close as you travel through its 200 acres of forest and meadow. There are even opportunities to get out for an intimate interaction with some animals along your journey!

While visiting the park, you can watch cute bear cubs climb trees and play. Bears are just one of the many animals that live there, which include wolves, foxes, elk, reindeer, hogs, bighorn sheep, bison, porcupines, and many more! Wild animals aside, there is a fantastic gift shop, and if you are hungry, be sure to check out the snack bar’s nachos.