The Worst Foods to Order on a Flight: The Culprits That’ll Make You Bloated and Uncomfortable

Flying can be a pain in the neck, both literally and figuratively.

Not only do you have to deal with the hassle of getting through security, but you’re also confined to a small space for hours on end. To make matters worse, many people tend to indulge in fatty foods and drinks when they fly.

But it’s especially frustrating when you order something from the in-flight menu and it’s terrible.

This can lead to an uncomfortable experience, as well as some serious bloating.

To help you avoid ordering the wrong thing, we have talked to airline food safety experts, and here are the five worst foods to order on a flight . 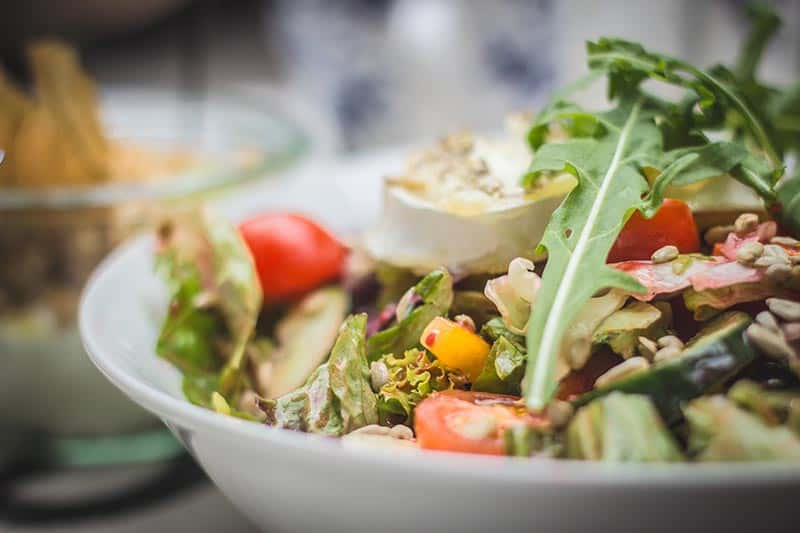 The worst food to eat on a plane? You’d be surprised.

The one thing that most people don’t realize is how quickly bacteria can accumulate inside of your uncooked food and make you sick, even if it’s just once!

Fresh produce such as vegetables, tomatoes, or melons has been shown in studies to show high levels of infection when they’re cut and not kept very cold before serving.

So, if you’re looking for a healthy snack on your next flight, steer clear of the raw salads. 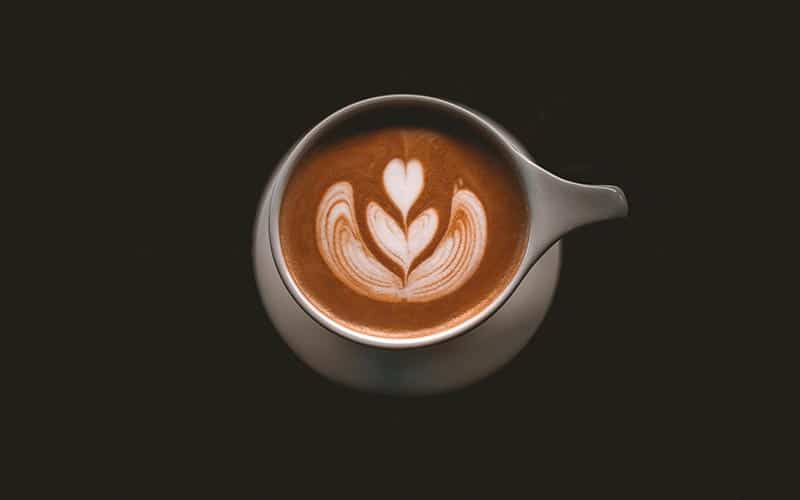 There are a few reasons why you might not want to drink coffee on a flight.

First, caffeine is a diuretic, meaning it causes you to lose more fluid than you take in. This can lead to dehydration, which is never pleasant and can be dangerous if it’s severe.

Second, drinking caffeine can make you feel restless and anxious, which isn’t exactly ideal when you’re stuck in a small space with limited movement for hours on end.

And finally, coffee (and other caffeinated drinks) can mess with your sleep schedule, which is already off-balance thanks to the time change associated with flying.

If you’re looking for a pick-me-up during your flight, try something non-caffeinated like herbal tea instead. 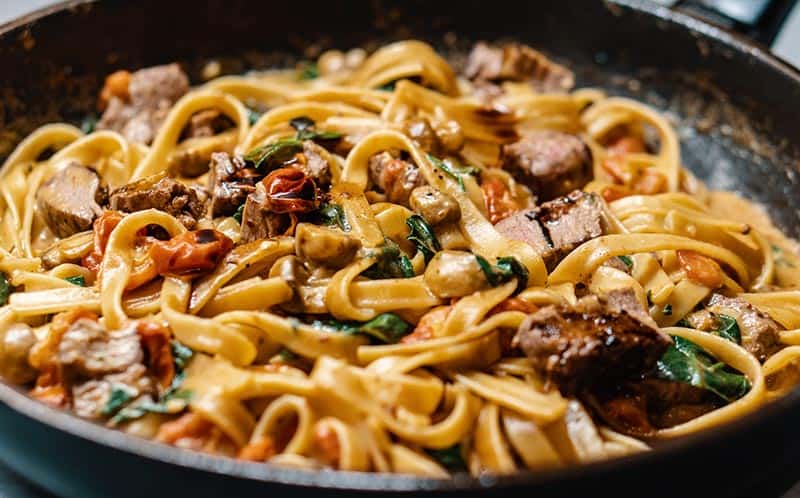 Many people love pasta as it can be a great comfort food, but it’s often reheated before being served again, which means that by the time you get your pasta, it’s already overcooked and therefore will be dry and hard.

When there isn’t enough sauce or if they put too much cheese on top, then what was once delicious will quickly turn into something gross.

Pasta is also a high-carb food that can quickly turn into sugar in your bloodstream. When you’re up in the air, your blood flow slows down and your digestion becomes sluggish. All that sugar can give you a headache and make you feel tired.

So if you’re looking to avoid jet lag and feel your best during a flight, skip the pasta dish. Instead, choose something like an apple or some nuts—foods that are low in sugar and easy to digest. 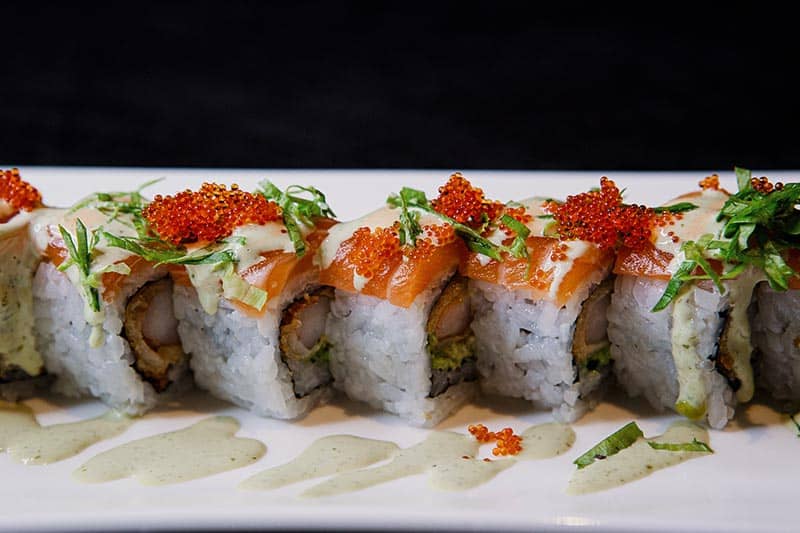 When ordering sushi or sashimi, be aware that these foods must be kept chilled both during transit and while they are being served.

It is common for sushi to be made with slightly warm rice, which allows bacteria to multiply quickly. Bacillus cereus and Staphylococcus aureus are the two types of bacteria most commonly found on contaminated sushi. Both of these bacteria can cause acute food poisoning if ingested.

Another reason sushi may not be the best option to eat on a plane is because it is complicated and has many components. If there is turbulence, your soy sauce could spill or a sushi roll could fall. 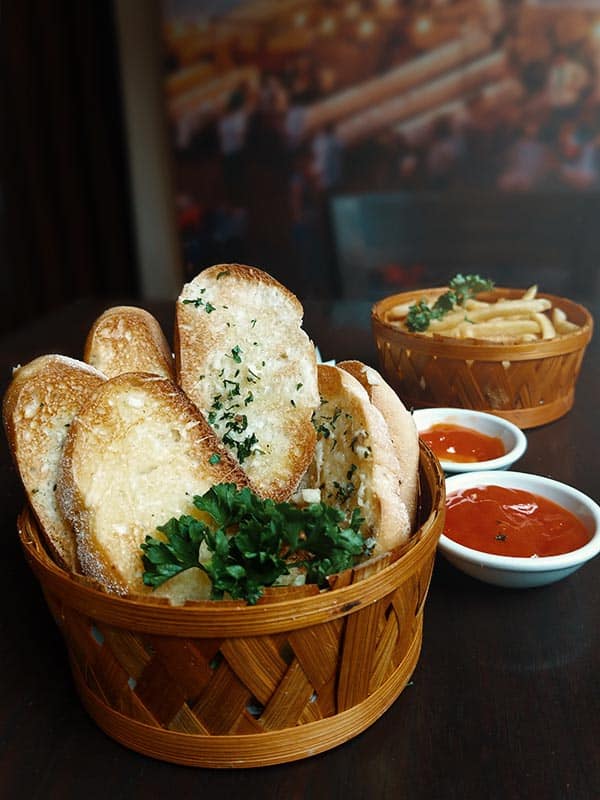 You’re trying to enjoy a garlic-heavy Italian meal on a plane, and the person next to you is practically suffocating from the pungent odor. Not only is it incredibly rude to subject your fellow passengers to such an assault on their senses, but it can also be dangerous.

Garlic has been known to cause bad breath, body odor, and even halitosis (a.k.a., “dragon breath”). In addition, garlic can also cause acid reflux and digestive issues.

So, next time you’re tempted to eat garlic on a flight, think twice. Your fellow passengers will thank you for it!

No, you should not never eat airplane food. The food “should” be fine.

Now, it may not be the best meal that you have ever had in your life. In fact, it may not even be as good as the meals served by some fast-food restaurants.

However, it is highly unlikely that the food will make you sick. There are several reasons for this.

First of all, the food is usually prepared in a clean and sanitary environment. Secondly, it is cooked at high temperatures, which kills most bacteria. Finally, it is sealed and packaged before being served, further reducing the contamination risk.

So, while airplane food may not be gourmet cuisine, it is generally safe to eat.

What Is the Best Food to Eat on a Plane?

When you’re flying, you want to be comfortable. You want to have a good time. And you definitely don’t want to be hungry. So what’s the best food to eat on a plane?

There are a few things to consider when choosing your inflight meal.

First, think about what will make you feel good. A heavy meal might sit like a rock in your stomach, so it’s not ideal if you’re trying to sleep or relax on your flight. On the other hand, if you’re flying during lunch or dinner time, you might be hangry by the time you land unless you eat something.

Second, consider your dietary restrictions. If you’re gluten-free, lactose-intolerant, or have any other food allergies, make sure to choose something that won’t make your stomach upset.

Last but not least, think about what will be easy to eat in a small space and won’t make too much of a mess.

With all that in mind, the best food to eat on a plane is actually pretty simple: whole, unprocessed foods that are easy to digest.

That means things like fruits and vegetables, lean protein, whole grains, and yogurt. These kinds of foods will give you sustained energy and won’t weigh you down. And since they’re easy to digest, they won’t leave you feeling bloated or uncomfortable on your flight.

If you’re looking for the safest food to eat on an airplane, go for hot options that were cooked recently. If the food is lukewarm or cold, it may have entered the “danger zone” in terms of temperature, which can make it unsafe to consume. 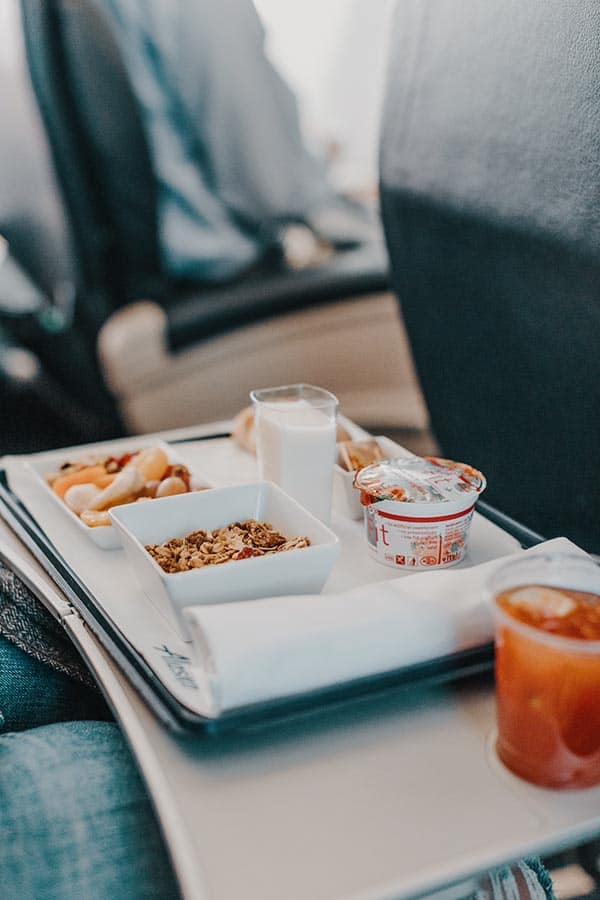 The next time you’re on a flight, be mindful of the foods you order.

While they may seem like innocent choices, they could end up making you feel bloated and uncomfortable.

If in doubt, go with your gut instinct and avoid eating any food that doesn’t look too good on a flight.

Enjoying Summer Vacation Without the Headache

The Worst Foods to Order on a Flight: The Culprits That’ll Make You Bloated and Uncomfortable

Food for Thought When It Comes to Food and Travel

When Is It Acceptable to Recline Your Seat on an Airplane? The Etiquette of Reclining Seats in Economy Class